There have been a lot of moments lately where I’ve felt like giving up something that I was previously excited about. You may relate- this is fairly common:

Step 1: You think up a great idea for a project, or for some new undertaking- a lifestyle change, a new diet, a new job, a new attitude.

Step 2: You begin this challenge with gusto and verve, ready to go.

Step 3: Progress is fast and furious- you’ve really got something going. What a good idea you have! Go you!

Step 4: Progress halts. Movement is tough. Are you moving backwards?

Step 5: Maybe this wasn’t such a good idea. Maybe you aren’t the one for the job.

Possibly distraction moves in. Another task takes the place of this new creation. Scrolling Instagram for hours seems like a great idea. Netflix calls loudly. Procrastination ensues, followed by giving up.

BUT: if you quit the game before you’ve played, can you win?

Last month I decided to create a bunch of Budget Planners. I began to sell these budget planners on Amazon, and none really sold. I immediately got discouraged, and stopped making planners entirely for a short while- leaving my project half completed.

Facebook feeds were scrolled. A lot of email got deleted. But then, in a sudden burst of clarity, it became apparent to me that I had to play to win. And I hadn’t really played- I had only started. Even if my books aren’t successful, the steps to playing are clear: continue even when a downward dip sets in. Making the creation that does well isn’t the end game. Putting more out there is the end game. Continuing is the end game. Growing is the end game. And that’s the trick that keeps me playing. If my books do well, great. If not, back in the game. Even if they do well- back in the game. The game continues on. There are many more projects/creations/jobs/mentalities/habits/endeavors/people to play with. And there are many more downward dips ahead- but that’s normal. There are also uphill catapults! 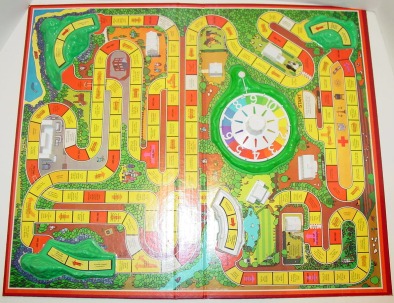