I’ve always wanted to try stand-up comedy. I just never thought about it seriously. It was at the back of my consciousness for years, but I took no solid steps to get there. It seemed like something only super talented comedy geniuses did. It definitely did not seem like something I could do.

But as I get into my 30s, I’m starting to see very clearly, why NOT me? In lots of different contexts. But specifically in this case, why can’t I be one of those up and coming comedians? Because I know I’m going to see more and more female comics breaking through in the next five years, and maybe some of them will have started when I did.

And why can’t one of them be me? How often do we talk ourselves out of doing things because we don’t think we’ll succeed at them? Or for just a host of other reasons (‘I don’t have time,’ ‘Sounds fun but what’s the point?’).

So, after my breakup last summer, I felt emotionally raw and a little more courageous. I started asking a few friends who had taken stand-up classes about their experiences. I gathered teachers names and more information, but still, couldn’t bring myself to actually sign up.

But a few months ago, I finally signed up for a class. I’m not sure what exactly the tipping point was, but I knew I had amassed enough bits and pieces of ideas to possibly form a stand-up set (they are normally about 7-10 minutes).

The class started in early July and I have my stand-up debut on Sunday. 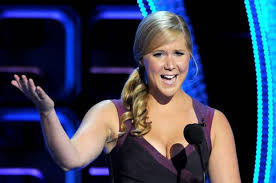 What have you always wanted to try but put off? Perhaps taking a writing class, learning a new language, taking an improv class. Ask yourself why you put it off? And why can’t you try whatever ‘it’ is now?