The other day, I googled “help, I’m thirty” and found a bunch of strange and scattered articles about the “Big 3-0.” Many left me with a strange feeling in the pit of my stomach. The urge to both to go running and eat a pint of Haagen Daz came over me.

Then I found one article consisting of a woman named Dorian (you’ll see the irony of her name in a second) asking a question to an advice columnist. The almost-30 year old Dorian was extremely worried about losing her looks to aging. She described herself as beautiful to the point of self-obsession, staring at herself in the mirror and becoming completely enraptured with her own beautiful face. She wrote about people on the street gazing at her longingly, because “there truly is nothing like a beautiful face.” Dorian was completely devastated about the inevitable doom of her declining good looks.

Dorian’s letter depressed me thoroughly, not only because it scared me, but because I wanted to hate this woman and couldn’t. What I really hated was my jealousy of her…how was she so beautiful that everyone gazed at her longingly day in and day out? How could she stare at her image in the mirror and obsess over her beauty?  Then I worried about the looks-obsession that had completely permeated society. And then I worried much more about the looks-obsession that had completely permeated my own life. Damn it- how did I let this happen to myself?? And why couldn’t I shake it??

The advice columnist (a woman by the name of Polly) fired back a thoughtful response that hit me like a bucket of cold water. Polly told Dorian: “What are you going to lose, exactly, when you get older? Even when I picture you as Giselle, I remain unmoved. The enraptured gazes, the shimmering whatever… It’s so hard to imagine. It makes me tired just thinking about it…The world is so much more engaging and incredible than you’re making it seem. What’s kept you in this two-dimensional realm of the mirror? Who trapped you there? What’s at stake?”

I thought about these questions. Something shook in my heart.

Polly asked “Haven’t you ever met anyone who wasn’t conventionally attractive, but who was incredibly charismatic and enviable? If not, you really need to get out more. …Instead of gazing at your own heart-stopping face, you should throw out your mirror and dedicate yourself to something that feeds your soul and makes you feel even more alive than, I don’t know, admiring your own image? It’s a bad habit.”

I thought of the people in my life who had grown enormously hot as I got to know their gorgeous personalities. Or, sadly even more common, I thought of the incredibly hot people who quickly turned hideous after I found out they were rude, flaky, vacuous, or just plain bad at being generous human beings.

Sometimes I have a rough time shaking the feeling that looks mean more than anything else. Society bombards me every day with messages about the utmost importance of physical beauty. But then occasionally I notice beautiful things that strike me way beyond their physical look. And I observe beauty growing with age.

My fears release for a second with Polly’s wise words: “You say there’s truly nothing like a beautiful face. That statement makes me imagine a giant plate of delicious nachos, a good book, and a cold beer. It makes me think about dogs with weird personalities, and funny children. It makes me think about the sound of rain on the roof when you’re taking a nap in the afternoon. Pretty faces can go fuck themselves, compared to peanut butter cups.” 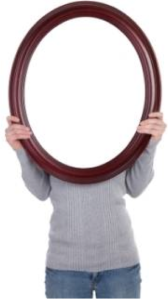