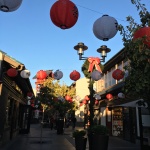 One of my favorite ways to see a city on foot is to take what I’ve lovingly coined a “run-walk.” 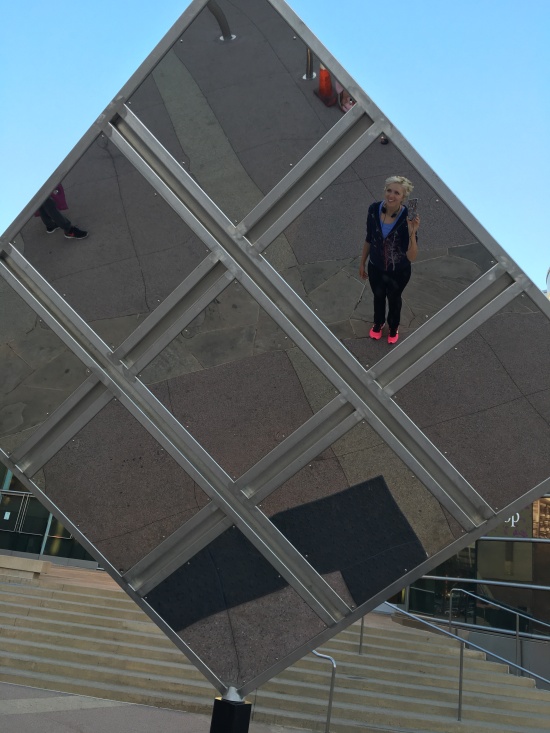 I’m a fan of running, and it’s nice to see new places and things in a city while also getting exercise. However, a lot of times when I’m just running, I don’t stop and really appreciate the scenery, nor do I take my touristy photos on the way. But when I’m solely walking, I don’t usually get as far, nor do I get the extra exercise I can get while on a run. 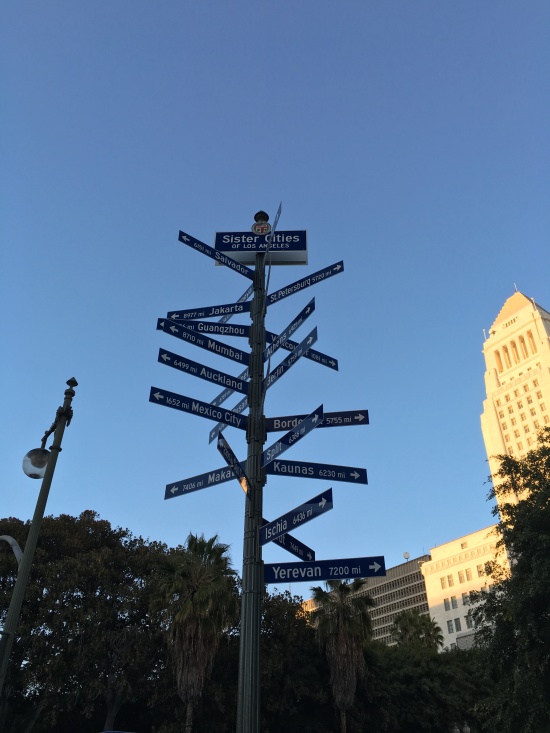 I used to have a travel blog called You Somewhere Else where I wrote about travel tips as well as run walks and other fun and possibly useful travel habits. I’d photo blogged about my Seattle run walk before, and now I’ll share my Downtown LA one.

What’s great about a run walk is when something interesting comes up, you can stop running, and simply walk and take photos. 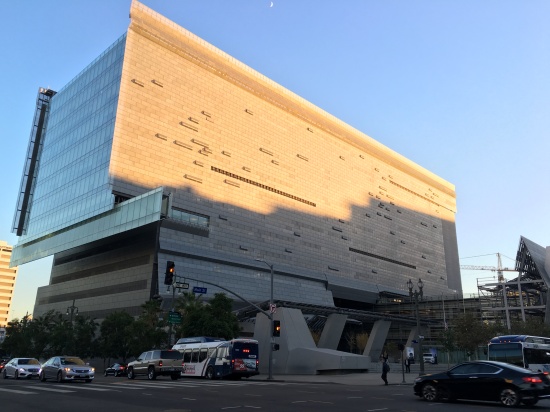 Run-walks are usually longer than your run, but way shorter than a walk, because you can cover more ground faster. You can also run right past the boring spots.  You’re allowed to stop whenever you want and take as much time as you like. 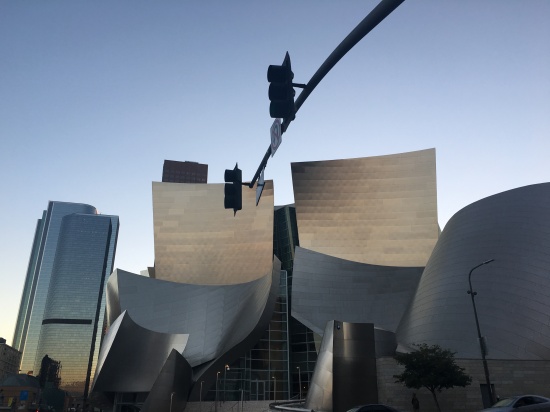 You can take pictures of bizarre things that strike you. 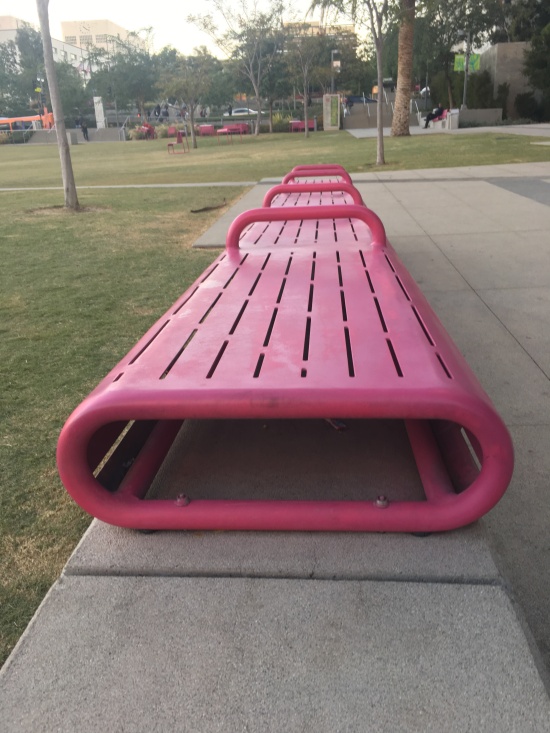 Or scary things that make you want to go the other way. 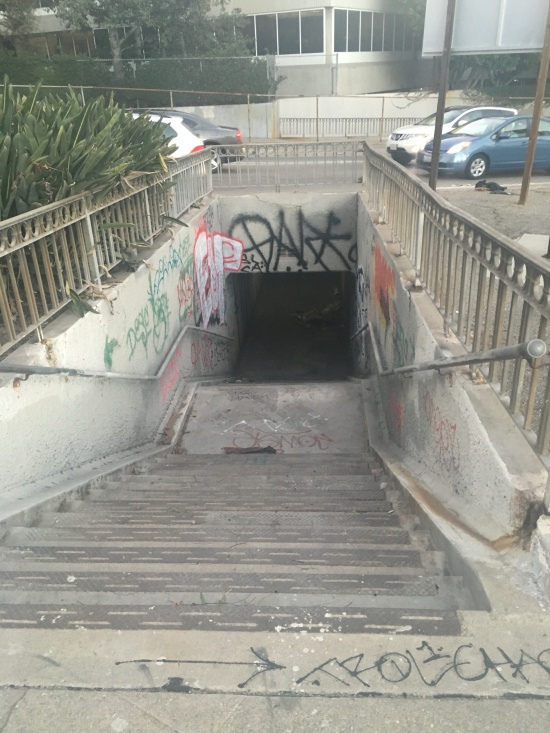 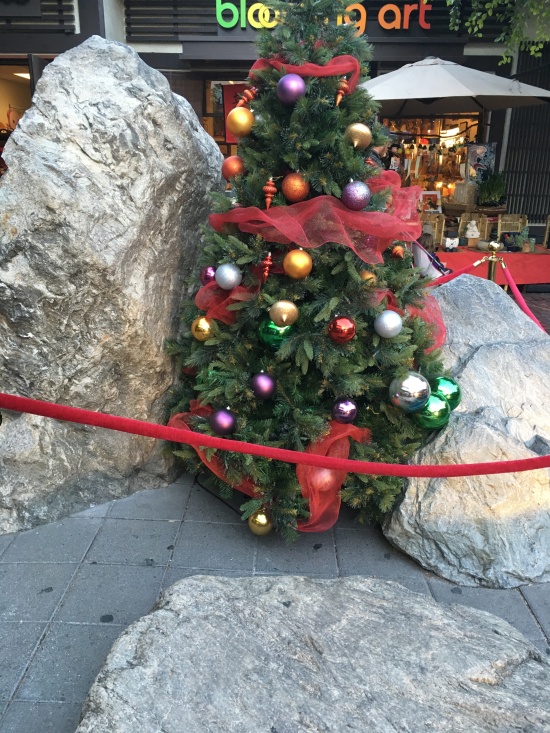 Things that kind of remind you of home. 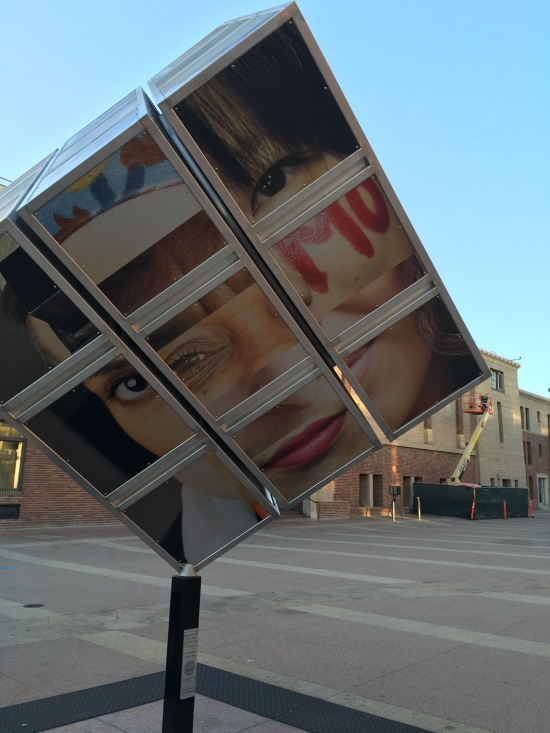 Things that seem to come out of nowhere. 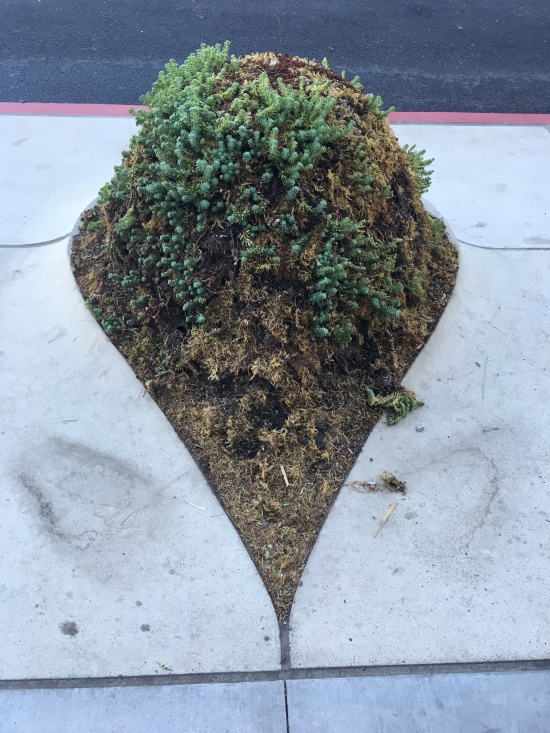 Touristy things that are still cool to you. 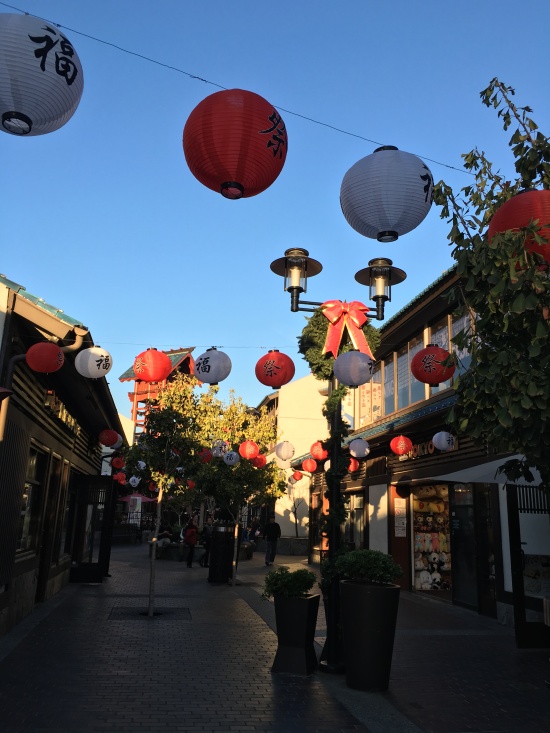 Things that are happy but sad at the same time. 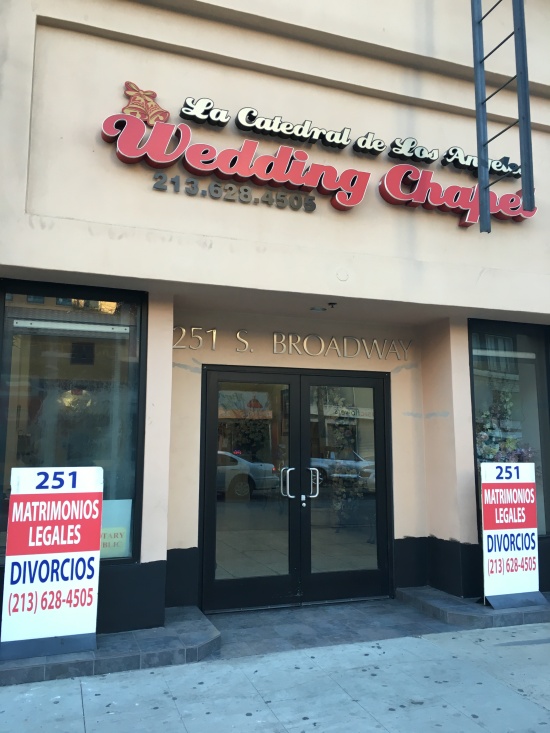 And beautiful things you may never have noticed. 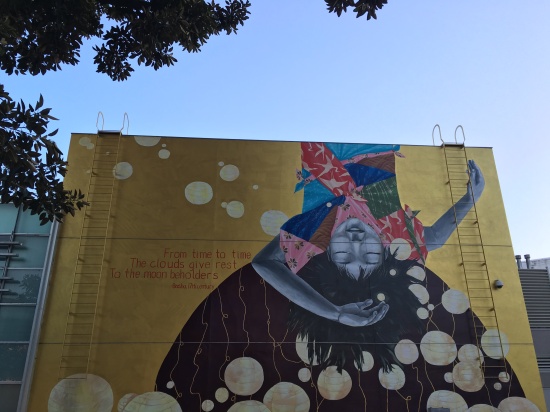 No matter what you choose to photograph and explore, I highly suggest run-walks in new cities, at least one time. They’re a laid back yet energized way to open your eyes to new sites. Enjoy the journey!

When I got on the FlyAway Shuttle to LAX this morning, I was greeted by an incredibly friendly, happy driver. He immediately started talking about growing up in LA, his love of driving, his nine uber-close siblings, and his passion for motorcycles.

There was a lot of talk of pranks played as children, precocious brothers and sisters, and flying home for the holidays. I laughed so hard I nearly cried as he told story after zany story.

Then suddenly, out of the blue, the driver said, in the same even tone of voice he’d been using before, ‘My two best friends just died.’

I jerked my head hard as if I’d been slapped. The comment was completely out of nowhere. “Oh god- I’m so sorry!” I said. There was a silence. I squirmed. I didn’t want to pry.

He opened up without me asking. “We were all part of a motorcycle group. We did daredevil stunts and jumps and all kinds of tricks that most motorcyclists won’t do. Then one day we went to a motorcycle meet, and I was watching as my friend pulled his motorcycle out of the garage. A drunk driver came by and hit him then, and he was dead on the spot. He was just pulling out of the garage..”

“Yeah. It wasn’t even the motorcycle that got him killed. It was a drunk driver.” He paused for a second, and then continued in the same even tone, “the other one too. My other best friend…hit by a drunk driver. I was actually working my shift at the time, driving the FlyAway Shuttle, and I looked over into the lane next to me. For his birthday, I’d given my friend a pair of sneakers he’d wanted, as a gift. And I looked over that day. And I saw a sneaker, the same sneaker…all alone, all by itself. And I wasn’t able to stop and see anything other than that sneaker, but I found out later. My friend had been cycling down the freeway, and a drunk driver started going the wrong direction. My friend swerved and was thrown from the bike. He still had one sneaker on. He died, and I just happened to drive by right then. It was too late. Both of them hit by drunk drivers.”

I was heartbroken. How was it that underneath this man’s happy exterior was the darkest, most earth-shattering sadness? And before we got to LAX, he continued his stories, telling me he’d been a shuttle driver for over 10 years and that he worked 6 days a week, 12 hours a day. “It’s good,” he said, “It keeps my mind off the hard things. It’s very good to be distracted.” And he smiled.

We arrived at the airport and bid our farewells. I’m shaken by the deep pain hidden under his smiling stories. Shaken by his love of his job for the saddest of reasons…and if the shuttle ride had been just a bit shorter, I would never have known.

You never know what people have going on under their happy, smiling exteriors. 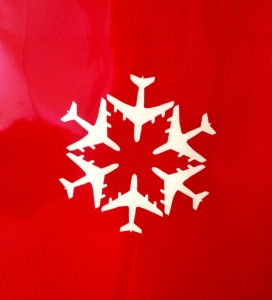 It’s Laura’s final night visiting me in LA, and it’s been a really fun couple of days! We’ve been doing a lot of eating, talking and wandering. Since I moved to LA about fifteen months ago, she’s come to stay with me twice. BOTH times it has rained consecutively for several days straight. For those of you that don’t know SoCal weather, that’s odd for LA. One day of rain is somewhat normal, but not several days in a row.

We’ve made the best of the crappy weather though. I introduced Laura to my favorite TV show, Nathan For You on Comedy Central, and today we went to see the movie Wild, about the woman who hikes the Pacific Coast Trail to deal with her grief from the death of her mother. (FYI, it’s amazing and we left the theater sobbing, dying for a life-changing camping trip in the woods.)

While we were on the bus earlier this week, we started talking about our 30’s, and we agreed on one major thing. While this decade definitely has left us feeling uncertain about our futures, the truth is, that as we grow older, we keep feeling better about ourselves and our experiences in the world. This is not to say life somehow gets easier, in fact, it absolutely gets harder – we have more responsibilities and more challenges, but still, life feels better. You go through tough situations but discover that you’re still standing after each one, having grown into a more flexible person than before.

The key thing is that you don’t fear things as much. You’ve seen enough to let the fear dissipate a little. You can deal with it.

There’s a gorgeous quote from the Cheryl Strayed book Wild, on which the movie was based, that I feel like is appropriate to growing older in your thirties:

“I knew that if I allowed fear to overtake me, my journey was doomed. Fear, to a great extent, is born of a story we tell ourselves, and so I chose to tell myself a different story from the one women are told. I decided I was safe. I was strong. I was brave. Nothing could vanquish me.”
― Cheryl Strayed, Wild: From Lost to Found on the Pacific Crest Trail

Here’s to us all getting stronger every day in our thirty-something journey!

Here are some pictures from our public Transit experiences in LA. And yes, taking the bus is possible, if hard, in this city. 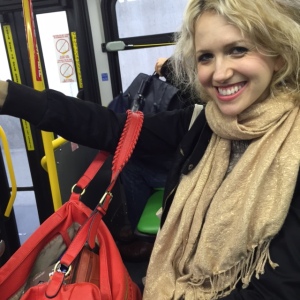 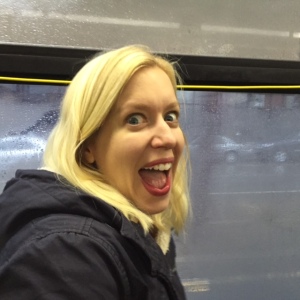