Today I read an article by the comedian and author Sara Benincasa, who was responding to a very pointed question from a fan. The question was: Why did you gain so much weight?

It’s a question that would’ve destroyed my confidence if I was already feeling bad about myself- as I think it would have secretly destroyed many women. And I’m not fat by any standards. I’m actually pretty small if you’re going by some kind of American average. But it doesn’t matter- I always knew from society and all the magazines I’ve ever read that I was kind of worthless unless I was losing weight or thin.

What’s crazy about the thought pattern of ‘I’m only worth something if I’m thin’ is how built into my belief system it is- and I know that I’m not the only one. I work in an industry where being thin is prized, but I also live in a society that’s weight loss crazed…and always has been.

The article today shocked me with the confidence and bravado it presented- the woman who wrote it is successful and funny and talented and also bigger than what Hollywood, or society at large (whatever that means), deems ‘acceptable,’ but she’s confident anyway. How is this possible? Are you allowed to be confident if you’re a woman who’s not ‘acceptably’ thin or striving to lose weight? I ask this question as sort of a joke, but it’s not a joke. I truly care about healthy food and about being healthy, but there’s definitely a major part of me that cares only about being thin, so that I can feel good about myself and move on. This weight pressure is not something that only hits women in their teens and twenties and goes away…it continues well into our thirties and likely until the day we die. Weight pressure is built into the fabric of how women live. Every woman is pressured to be ‘acceptably thin’ and can’t feel good about herself unless she is so. Or so I thought.

“…here’s the shocker: in addition to my family and real friends still loving me, I kept getting work! Comedy, acting, and publishing 5 books from February 2012 to July 2016! It’s almost like I still had worth and value beyond the number on the scale…!”

She did? Women can? Especially in entertainment..or fashion…or hell, just being a respected woman? How can you respect yourself if you’re not ‘acceptably thin?’ How can anyone respect you? You should use all your time and energy to get onto a weight loss plan, right? But the successful comedian and author who had ‘gained some weight’ confidently continued:

“Let me tell you about some of the things that I did between when I started gaining weight (2011) and now (2016). I published that first book, “Agorafabulous!: Dispatches From My Bedroom.”I adapted it as a TV pilot. Diablo Cody is the executive producer. Have you heard of her? She’s very talented… Anyway, she wanted to work with me and never brought up the fact that I wasn’t skinny. Can you imagine? It’s so strange. I talked to her yesterday and she still did not say anything about me being so fucking fat. Is she just being nice? She’s from the Midwest and those people are sweet. And Ben Stiller’s company, Red Hour, worked with me too. None of them told me I was fat. Ben Stiller didn’t tell me I was fat!”

And this breathtaking woman didn’t even feel unlovable when she was fat! It’s crazy:

“Now during this time I began to think about weight. Not mine! I saw how women were criticized on the Internet and elsewhere for gaining weight. This intrigued me. I didn’t feel fat or unlovable. Should I? Hmm. I considered this and decided instead to make fantastic art instead, because I’m amazing at it.”

I gained all that weight because I was so busy working and growing as a person, a writer, an actor, a comedian, a friend, a daughter, a sister, a lover, an activist (hi Emily’s List and Humanity for Hillary and Los Angeles LGBT Center!), a thinker, and a cook (ironic, right?!?) that I didn’t have time to pursue what I really, really want to do: spend my precious spare moments making anonymous comments on the blogs of successful, beautiful, hardworking women in a failed attempt to undermine them in order to give me some sense of power as I marinate in my own inadequacy, stuck in the knowledge that no one will ever pay me to write my poorly-crafted thoughts down on paper, to be translated into book or film or television form, and that beyond money (which of course doesn’t lend my thoughts any inherent value) or any degree of fame (which is pointless and wholly unnecessary to a happy and fulfilling existence) no one will ever really want to hear what I have to say at all, because I am essentially worthless and of no value to the world at large. That’s what I really want to do.

Imagine if we could actually, truly feel so confident no matter what? 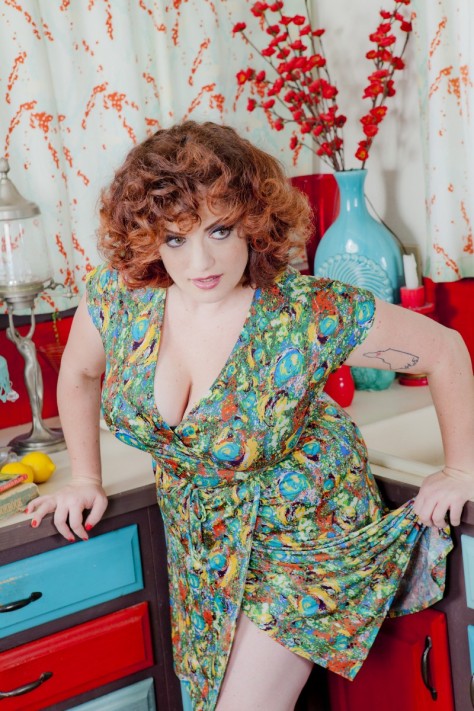