Comedian Aziz Ansari has partnered up with sociologist Eric Klinenberg to write a book on modern dating titled Modern Romance. Ansari has been doing tons of press for the book, and in a recent interview with Entertainment Weekly, he shared a “stat that rocked his world” – about marriage. The statistic was that in 1967, a study was done that revealed that 76% of women would marry someone they were not romantically in love with. Is that crazy or what? At first I was blown away, but when I started thinking about it, in the 1960’s, wo 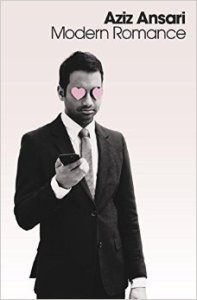 men of marrying age would have been raised by homemaker mothers and influenced in many ways by the culture of the 1950’s, which were their formative years.

Playing the devil’s advocate here, maybe it’s not so crazy to marry someone you’re not romantically in love with. when you really think about it. Especially in light of the success of many arranged marriages. Sometimes, the passion grows over time. I know a few people whose first few dates with their future husbands were lackluster, but their relationships ended up evolving into something more passionate. I’ve been watching their stellar show on FYI (owned by A&E) called Marriage at First Sight and it’s highly addictive. Have you seen it? I’m only on Season 1, and I know there’s some major controversy in Season 2, but so far, I’m loving it. The premise is that strangers are paired up together by a sociologist, sexologist and a psychologist based on extensive questionnaires they all take before they are matched up. 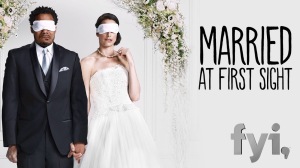 I like the show because it feels real and more about the psychological principles behind making a relationship work, as opposed to cheap thrills reality entertainment. I’m going to have to keep watching to see if any of the three couples in Season 1 make it work!