In case you’ve been under a rock (and it happens to the best of us), there’s been a major viral sensation going on since Thursday night easily dubbed Dress-Gate. It nearly broke the internet. Or at least my Facebook feed.

Is the dress blue and black or white and gold? 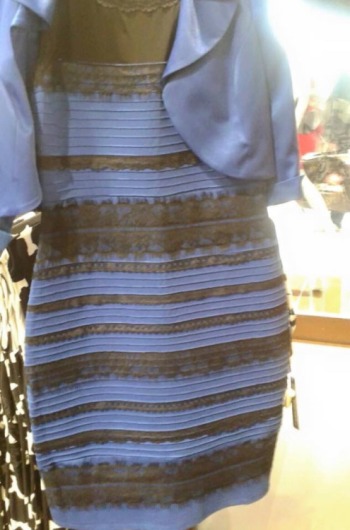 This debate divided the internet so fiercely last night that everyone from Mindy Kaling to Kanye West to Taylor Swift to top researchers on colorblindness from universities all over the world have weighed in…and everyone seems to disagree.

Some people even saw the dress change colors from white and gold to blue and black or vice versa right in front of their eyes! These people include my very own mother.

And my social media experience today consisted of comments like:

– “You are not on acid. The same thing happen to me. I saw the picture today at work it was gold and white, I looked at it again with my wife and it was gold to me and blue and black to her. Then we scrolled up the page and it changed colors colors back and fourth several times. Crazy”

Then today I received a phone call from my brother and I was shocked to hear him ask at the end of our conversation: “Oh yeah, blue and black or white and gold?” I had my response ready (I see blue and black). But man, if my brother, who could care less about colors of dresses, said he’d been “researching this fascinating phenomenon all morning,” then it really must have hit a nerve with everyone.

But why such fascination over a dress?

My guess is that not believing our eyes here is kind of equivalent to seeing a ghost. Or suddenly time traveling. Whether or not you believe in ghosts or time travel, if you haven’t experienced either of these things your entire life, and then suddenly do, it’s a major shock. Whether or not we consider ourselves “pretty open” human beings, by our thirties, we pretty much know the limits of our physical senses. So when we see or experience something we didn’t believe existed before, we kind of freak out.

In this case, we experienced something normal (viewing a photo of a dress) and then freaked out that our trusted friends or relatives seemed to see a completely different dress. BUT HOW CAN THAT BE??!

It’s now been proven that the dress is blue and black, whatever that means. The company that makes the dress said so themselves:

“We can confirm #TheDress is blue and black! We should know!” http://t.co/qAeIIHzJxkpic.twitter.com/kkxjUbmgI3

There have been various explanations for the differences in how the dress colors are viewed, but I have a feeling none of them are truly satisfying anyone right now. We’re still too busy being fascinated about our newfound five sense discoveries that can be had even later in life.

No matter what your age, stay open to new information still to be found out about your body and senses. Never assume you know everything about yourself. We’re probably not even close to discovering all that’s out there.

Though hopefully ghosts aren’t some of those things…

And if you’re interested in more info about Dress-gate, here are a few expert theories on the phenomenon:

“Your interpretation depends on several factors, such as which part of the figure you attend to.” -Dr. Joseph Toscano, Villanova University Department of Psychology and an expert in illusions.

“This photograph was probably taken on a phone camera and is very poorly exposed. It depends if your retina is interpreting this photo as over or under exposed, or more scientifically if your rods or cones are dominating the image interpretation.” -Dr. Reena A. Garg, an Assistant Professor of Ophthamology at the New York Eye and Ear Infirmary of Mount Sinai

“It can be slightly different in different individuals and the spectrum of wavelengths dedicated to any color could be slightly shifted in some people.” -Dr. Steven Galetta, the chair of the neurology department at NYU Langone Medical Center.

“It has to do with the tiny cones in the back of our eyeballs that perceive colors in a slightly different way depending upon our genes,” -Elizabeth Cohen, CNN Senior Medical Correspondent.

Business Insider has even has a great way for you to see both color schemes. Check it out- it’s like  finally decoding one of those crazy optical illusions you couldn’t figure out as a kid. 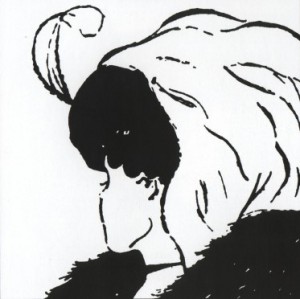