One of the biggest lessons I always learn when I’m doing something “crazy ” is that although it seems nuts at first, once I do it, I find it’s actually way more normal and doable than I’d previously thought.

Well, maybe the word ‘normal’ is an exaggeration, but the crazy things are definitely doable- a lot of times even easy! And there are others out there who are actually doing the same crazy things and will recognize you as kindred spirits.

My example right now is solo travel. People sometimes say to me, “you’re traveling alone?! That’s scary!” Or “are you lonely?” Or even, and especially back in the states, “why would you travel alone?”

But then I meet other solo travelers while I’m traveling, and I realize that that thing I’m doing that many people consider ‘crazy’ is actually nothing compared to how crazy it can get- I meet people doing 5 months of solo travel as opposed to my two weeks. I meet people doing world travel to indonesia, Berlin, Sri Lanka, America, and Japan, as opposed to my simple Japan trip. 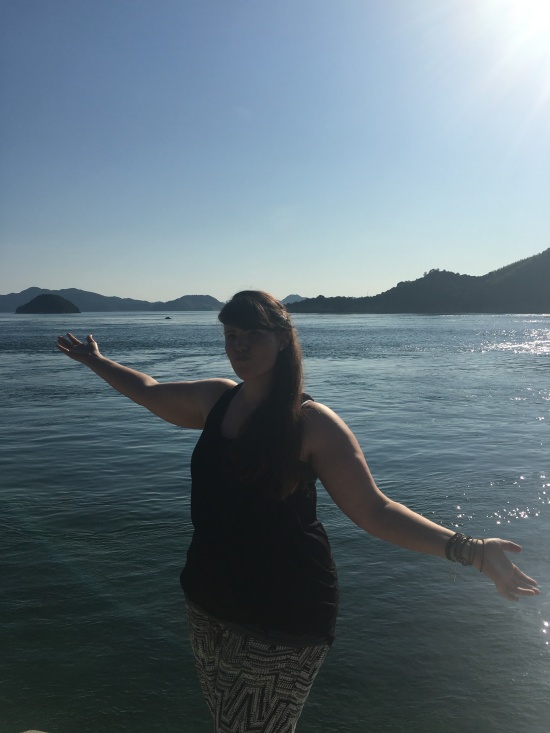 Very sweet German girl I met in Okunoshima who’s traveling around the world.

I saw an article on Facebook over a year ago about a random place called Rabbit Island. It seemed like the coolest place ever, but there are so many cool places in articles on Facebook that I didn’t really think much of it. Plus it was far- all the way in JAPAN.

Then when I started actually planning my ‘crazy’ Japan trip I remembered this rabbit island. But still, when I looked it up, it was super remote. Even the local Japanese barely knew of it. It seemed that almost no one had heard of this island and it was far from any well known area in Japan..like super duper far.

But you know what? I kept thinking about that island. It wouldn’t stop flitting across my mind. I love bunnies. Love love love them. And I thought about how much closer I’d be to that island once I was Japan than I’d ever be in America. So I made up my mind to do what it takes- what if I actually took the crazy long all day trip to go to this island?

And go I did. 8 hours of trains later I was in a heavenly fairytale of bunnies. And it was worth everything.

And people may look at you funny when you do things that they consider crazy, but keep going anyway. You’re probably not even being that crazy. And if you are actually doing something super duper outlandishly different, as long as you’re not hurting anyone, who cares? Good for you. There’s not much new under the sun anyway.

People from around the world who I met at the bunny island!